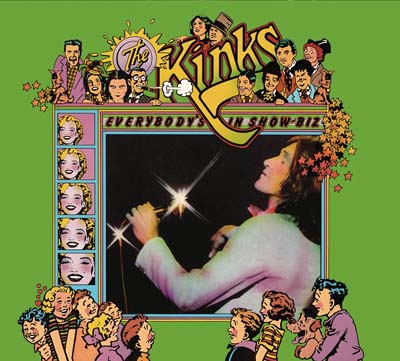 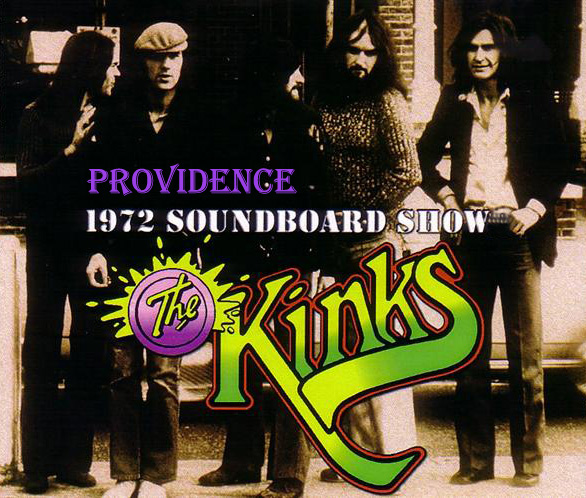 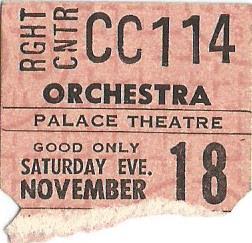 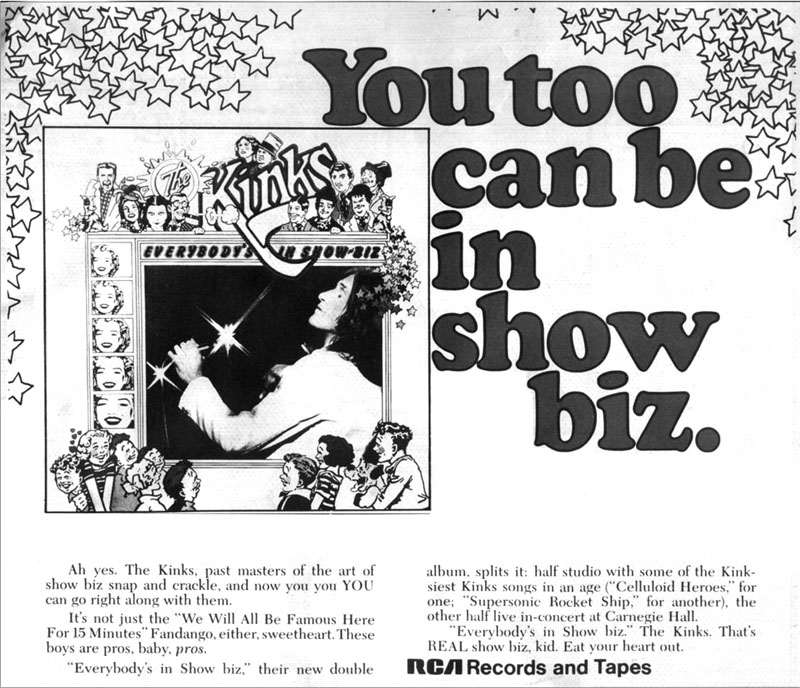 02. You're Looking Fine / Little Queenie / Shakin' All Over

07. Here Comes Yet Another Day 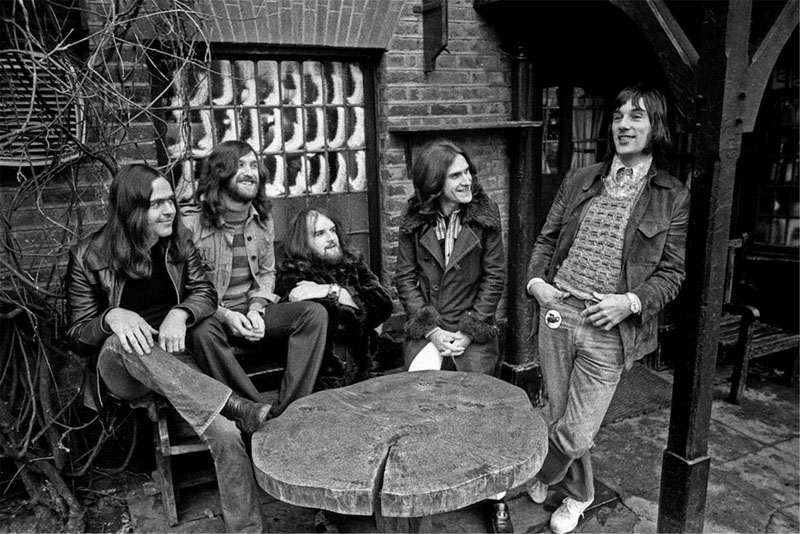 (note: this was not a complete show so I added the first 3 songs from the SUNY Binghamton show 11/09/72)

On November 18, 1972, Providence, Rhode Island’s Palace Theater, The Kinks were loose but fine form, with bandleader Ray Davies joking with the audience in a stage persona that is both satirical and highly entertaining. In addition to several classic hits, they performed wealth of material from their new LP the double album Everybody’s In Show-Biz which clearly showcased Ray Davies’ weariness, cynicism, and humor about life as a rock ‘n’ roll star.

Everybody’s in Show-Biz, consists of half studio tracks and half live recordings. The studio recordings were thematically focused on an Englishmen’s adventures on the American road, while the live portion featured The Kinks, augmented by a horn section, enjoying themselves onstage, a real-time representation of the life described in the studio recordings. Ray engaged the audience to sing along during the opening three songs, “Sunny Afternoon“, “A Well Respected Man” and “Lola.” The next half hour or so is devoted exclusively to material featured on Everybody’s In Show-biz,  beginning with Davies’ greatest ballad of this period, “Celluloid Heroes.” This bittersweet rumination on dead Hollywood screen icons vividly displays his melancholic longing for a simpler time. Davies vocal is particular touching on this number as he wishes his life were like a movie, “because celluloid heroes never feel any pain / And celluloid heroes never really die.” Next up, The Kinks pound out the road rockers, “Here Comes Yet Another Day” and “Brainwashed.” Following a short and campy “Mr. Wonderful,” the band applies this campiness to two Muswell Hillbillies tracks that were also featured on the live portion of Everybody’s In Showbiz. The barrelhouse rocker, “Alcohol,” complete with New Orleans-style horn arrangements, and “Acute Schizophrenia Paranoia Blues” are both thoroughly engaging romps down the path to self-destruction. The former features a particularly humorous prelude from Ray, before the group launches into a celebration of drunkenness. About a hundred or so fans had rushed to the front of the orchestra pit and it got a bit dangerous. Some guy came out on stage and scolded the fans to go back to their seats or he’d end the show. Then, The Kinks conclude the new material with another powerful rocker, “Skin and Bone,” increasing the tempo, volume, and power of the original.

The set ends with a raw double dose of the group’s earliest hits “You Really Got Me and a truncated “All Day and All of the Night” .” The former includes a trademark raunchy guitar solo from Dave Davies and a rare drum solo interlude by Mick Avory and both songs are punched up by the horn section, leaving the audience clamoring for more. The tape stock unfortunately runs out during the encore, a rollicking take on “Good Golly Miss Molly,” one of the first cover songs the group played as teenagers, featuring Dave Davies fronting the band on vocals. Throughout this performance, The Kinks exude a sense of loose, ragged fun, showcasing the antics of a front man who had turned stage fright into a way of life.