Lou Miami (1956 – August 1995) was an American punk musician based in Boston, Massachusetts. His group, The Kozmetix, was popular on the local scene and released twoEPs. He combined a rough punk sound with a glam-influenced choice of clothing.

As was typical for many punk bands at the time, the Kozmetix regularly played at The Rathskeller, the Channel, Jonathan Swifts, Cantones, and Spit as well as New York venues such as the Peppermint Lounge, and the old Living Room in Providence, Rhode Island. Lou Miami and the Kozmetix also regularly played the Inn-Square Men's Bar in Inman Square, Cambridge, Massachusetts

During the band's touring years of 1979–1981 the Kozmetix line-up was Miami on vocals, Rootoo guitar, Bill Norcott on bass and Melody Chisholm on drums. Norcott and Chisholm were previously members of Phobia. This line-up had a regular Monday night gig at Cantones for two years, as well as appearing at numerous clubs in the Boston area. The group was managed by Joan Martin. (Note: the band toured past 1981. They were regulars at the Living Room on Promenade St. in Providence, at least up until 1983.)

Their first single "Fascist Lover" b/w "To Sir with Love" was sold in a white plastic cosmetics bag that mimicked a Lord & Taylor shopping bag. "Fascist Lover" contained the lyrics, "A fascist lover that made my mother, and then my mother made me." Their album Lou Miami & The Kozmetix was produced by Ann Prim and Karen Kirby, both from the Boston based band November Group.

From Wikipedia, the free encyclopedia 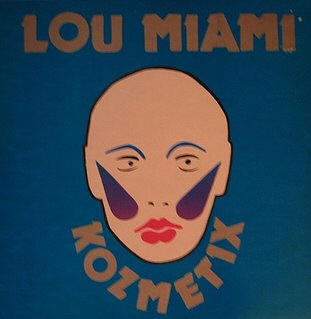 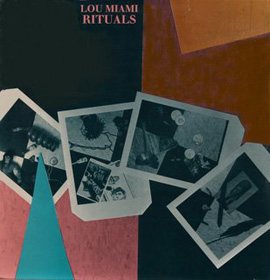