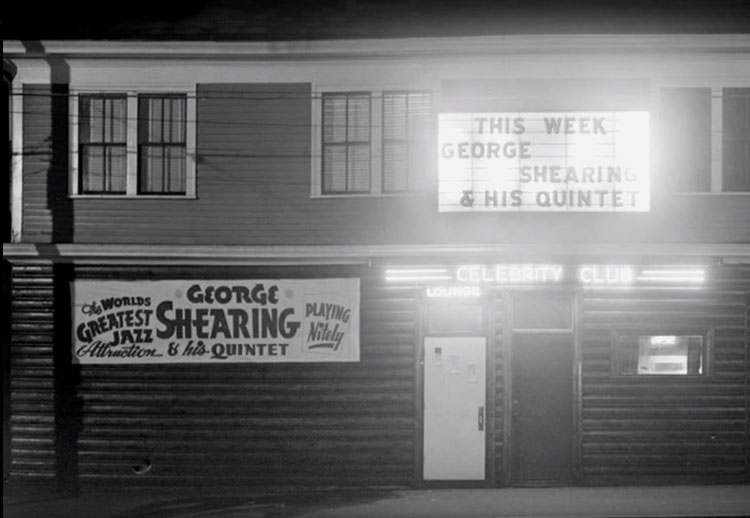 The following historical information was borrowed from the archives of the Rhode Island Historical Society and written by Jason McGill http://www.rihs.org/assetts/files/publications/2005_Sum.pdf

Rhode Island's live music scene, a source of pride throughout the twentieth century, was naturally a site of youthful exuberance and social experimentations. Bohemians associated with the Rhode Island School of Design and the insular crowd of the East Side hipster connected in large and small ways with the African community for the first time, thanks to the Celebrity Club and its clones.


In Providence the post-World War II-era jazz scene brought together participants of diverse backgrounds and perspectives.  Gatherings at sites like the Celebrity Club, in the city's Randall Square neighborhood helped jazz enthusiasts experienced new forms of camaraderie, as well as daunting challenges and conflicts.

The Celebrity Club opened its doors on November 18, 1949 at 56 Randall Street, in Randall Square neighborhood on the western edge of Lippitt Hill. The interior decorating had not been completed as planned, but the capacity crowd did not seem to pay that detail much notice as it took in the sounds of the first of innumerable jam sessions featuring some of Providence's finest jazz talent. African Americans were not the clubs' only eager patrons that night. "I'll never forget the first night," said Filipppi. "White fella comes over and sat at the bar, and he's looking around, and ordered a beer. He called me over  and said, "You're the owner?' I said yes.' He said, 'My wife and friends are in the car. Is it alright if we come in?'  That was the beginning of the interracial club that the Celebrity Club turned out to be." We were braking down all sorts of walls in the place. 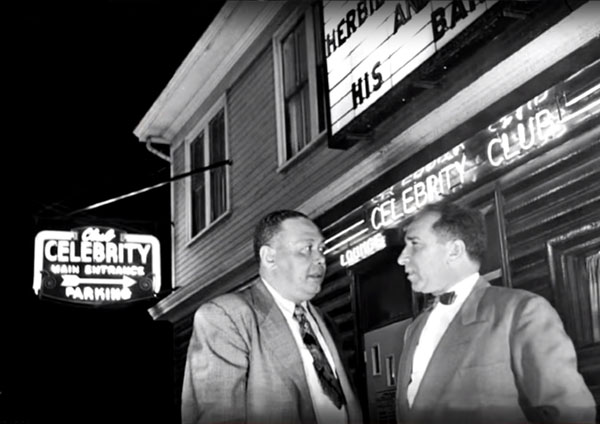 The 1950's were in many ways the peak years of Providence's jazz scene, and during that time the Celebrity Club was one of the best known jazz establishments in the country.  Ranked by the popular jazz magazine Metronome as one of the top five music venues in all of North America. The club was a regular stop for the biggest names in American jazz, such as Duke Ellington, Louis Armstrong, Sarah Vaughn, Count Basie, Billie Holiday, Louis Jordan, and Ella Fitzgerald. A wealth of local talent worked alongside these legends, and the club quickly became a vibrant center for lovers of jazz.  as such, it supported one of the very first substantially racially intergraded cultural scenes in Providence's history. "It was the first time black and white musicians had ever played together in Rhode Island." 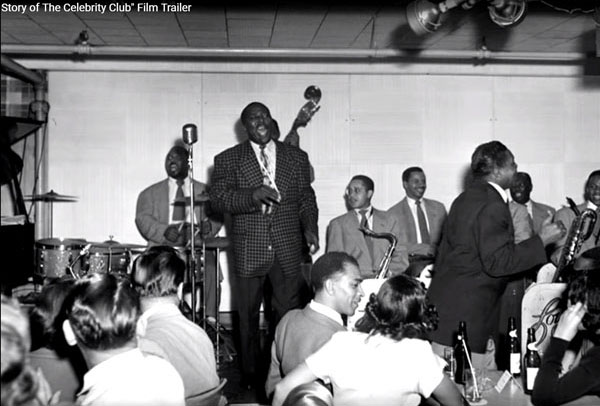 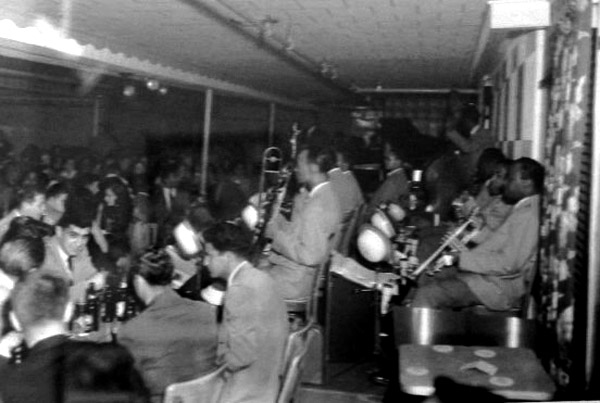 Among those who remember the club, the Celebrity Club is commonly recalled as a landmark site where racial borders were renegotiated and forms of social change was born. But regardless of whether or not the Celebrity Club fostered true racial harmony, the simple reality of people of different races enjoying its ambience was widely perceived at the time as a threat to the city's social status quo.  The club's founder, the late Paul Filippi, recalled the harassment that he and his patrons suffered: "They (Providence police and political leaders) frowned on the idea of black and white people mixing socially. "One night they actually raided the place, dragged all the whites down to the police station and held them for two hours. I was told that if I kept the "whites" out, I'd be left alone. The funny thing was, that when they let those people out of the police station, they all came right back to the club. See, Providence had never been exposed to music like this before, and the people couldn't help but respond to it. 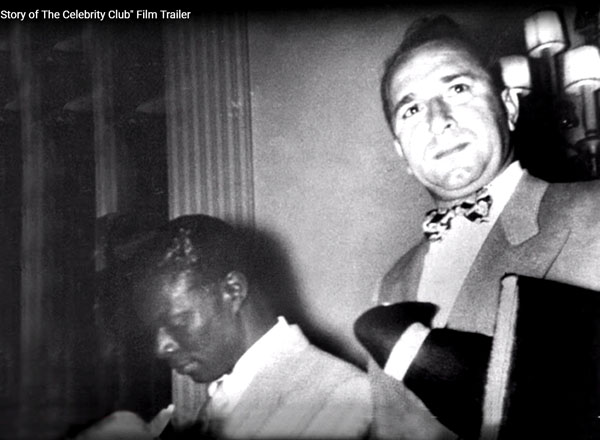 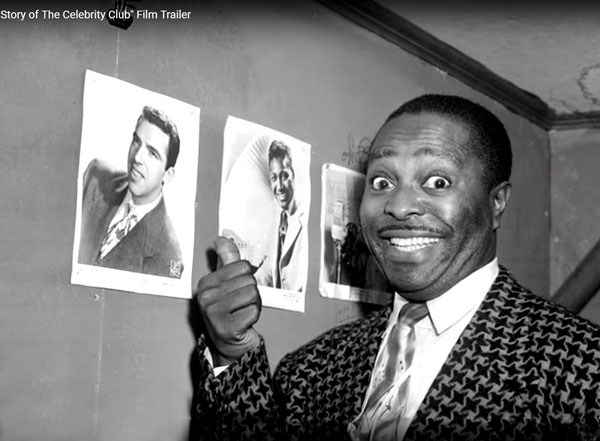 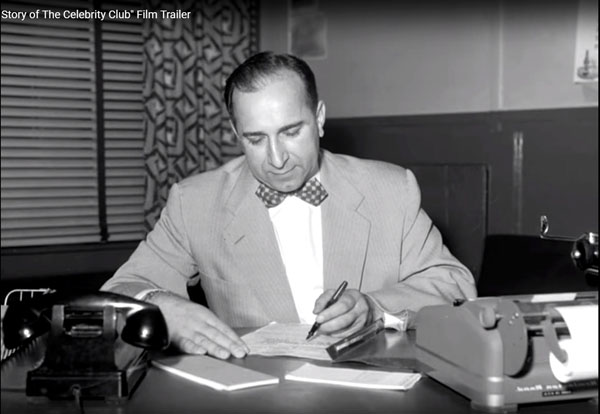 Paul Filippi in his office at the Celebrity Club

Filippi, who died in 1992, was a social pioneer. The offspring of a traditional Italian American family, the jovial Filippi was widely known for his warm personality, his eagerness to make new acquaintances, and his talent for remembering names and faces, even of those he had met only once. He was, as well, a thoughtful and kind man with a keen insight into race relations and a sincere determination to act upon his convictions. His creation of the Celebrity Club, financed by years of employment as a doorman at the Crown Hotel on Weybosset Street in downtown Providence and throughout America. He would pay a certain price for those concerns, while gaining the status, not always directly rewarding, of "a man before his time"

The Celebrity Club was truly a first in Providence: an establishment that not only brought internationally known performers from diverse backgrounds to the area but also welcomed local audiences and artist of all races in a pleasant, respectful atmosphere

A documentary film by PeteandBusterFilms 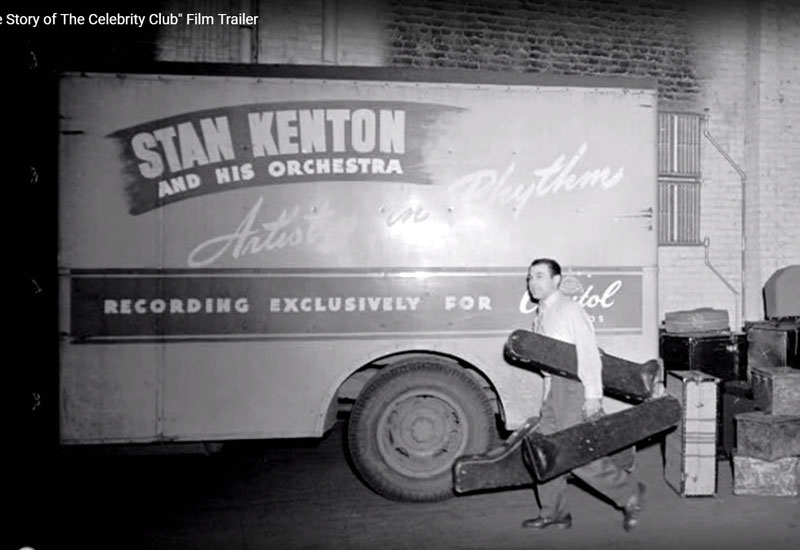 The Celebrity Club documentary is about many things. It's about music, history, racism, crime and urban renewal, but most of all, its about Rhode Island's people. This film tells the story of the legendary Celebrity Club, located in Randall Square and owned by Paul Fillipi. The club featured top national jazz and R&B acts as well as local talent in the 1950s. Musicians like Louis Armstrong, Duke Ellington, Louis Jordan, Sarah Vaughn, Ella Fitzgerald, Billie Holliday and Fats Domino would come to Providence and stay for weeklong engagements. Rhode Island music legends like Duke Belair, Art Hazard, Clay Osborne and Dr. Ed Coates share their personal stories about the club and growing up in Providence in that era. Celebrity Club MC Steve Kass also shares his memories. The stories that have been told on camera often deal with Rhode Island's rich musical culture. However, music is just one of the stories that has become evident from the interviews. The Celebrity Club is believed to be the first interracial nightclub in New England. As in other parts of the United States during this era, Rhode Islanders also suffered from the effects of racism. This is reflected in the comments by some of those that have been interviewed for this project, and it is significant because it deals with a turning point or, at the very least, a step forward in race relations for our state. The club was closed in the early1960s to make way for urban renewal projects. It has never been permanently recognized by the state, but locals remember and still cherish their memories of the best musical venue to ever hit Rhode Island. This film celebrates those memories.

Film maker Norm Grant is currently producing a documentary of the club and is looking for photos, memorabilia, or perhaps even memories of enjoying the music scene there.  If you're interested in participating contact Norm atngrant@ccri.edu or call 401-825-1195.

The Society welcomes everyone to come and reminisce about Providence's legendary Celebrity Club. In the 1950's, a time when most public venues were still segregated, Providence's Celebrity Club was a vibrant, integrated scene for jazz and entertainment. By gathering together various individuals and having them share their personal stories, the community is strengthened and the history of African Americans in RI is kept alive. This event is free and open to the public.