DARKNESS ON THE EDGE OF TOWN Tour 1978 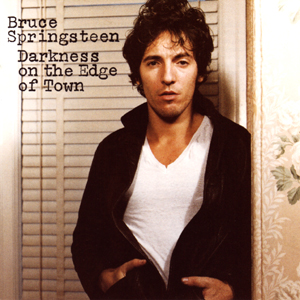 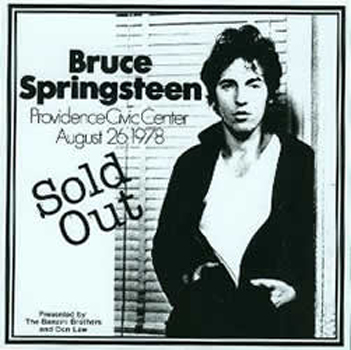 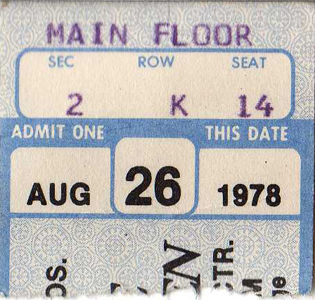 SPIRIT IN THE NIGHT

DARKNESS ON THE EDGE OF TOWN

PROVE IT ALL NIGHT

RACING IN THE STREET

PARADISE BY THE C

MONA - SHE'S THE ONE 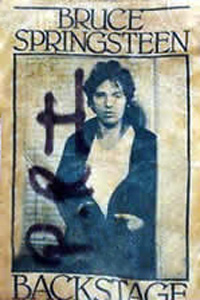 Audience tape. According to sources present, ten minutes after the show closer "Quarter To Three", Bruce and the band returned to the stage and played a 15-minute version of "Tenth Avenue Freeze-Out". This was not captured on the surviving tape circulating. "Growin' Up" includes the 'teenage werewolf' story. A 15-minute interview with Robin Young is recorded by WBZ TV prior to the show. A wonderful audience recording from the master cassettes of just the first set also circulates.

Below are several fantastic photos courtesy of Peter Howes/AsburyBrucePhotos and a newspaper review. 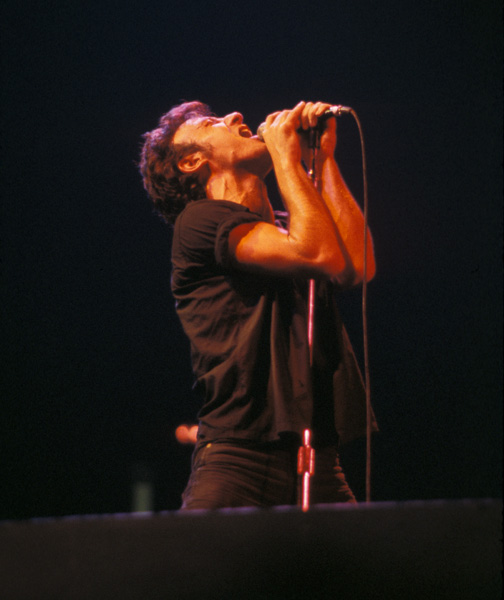 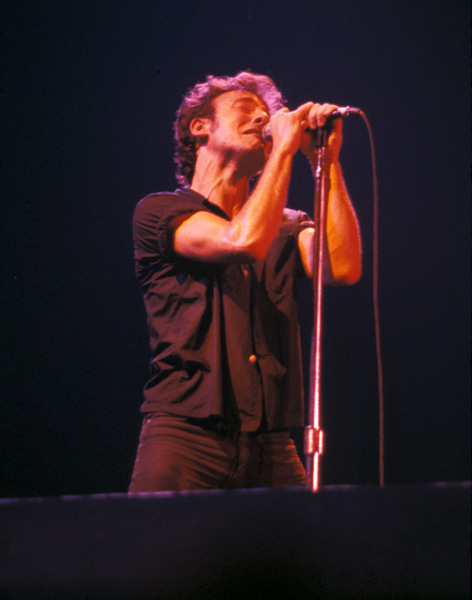 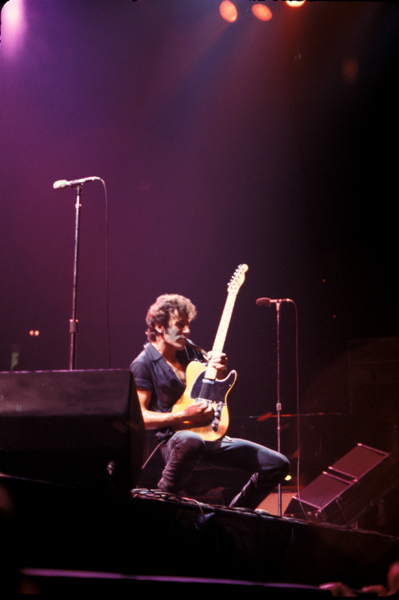 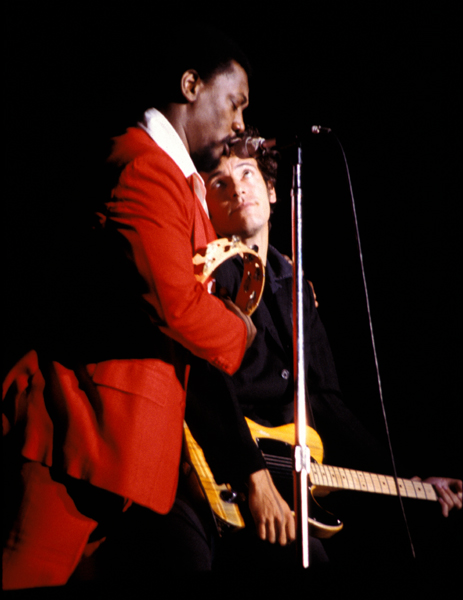 Above left: during the introduction to "Prove It All Night".

Above right: Clarence doing "I'd like to help you son, but you're too young to vote." during the opening number 'Summertime Blues'. 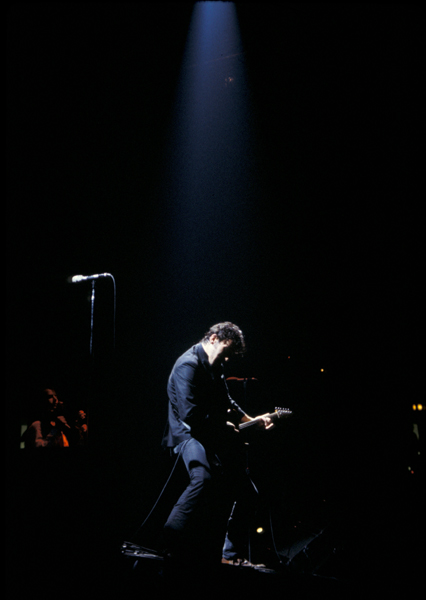 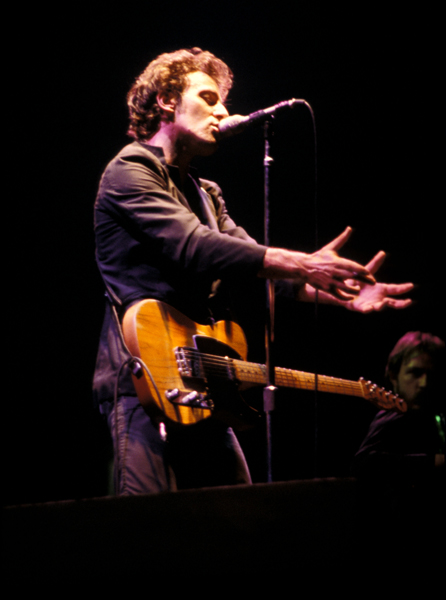 "Because The Night" - in Providence. Photo's courtesy of Peter Howes/AsburyBrucePhotos 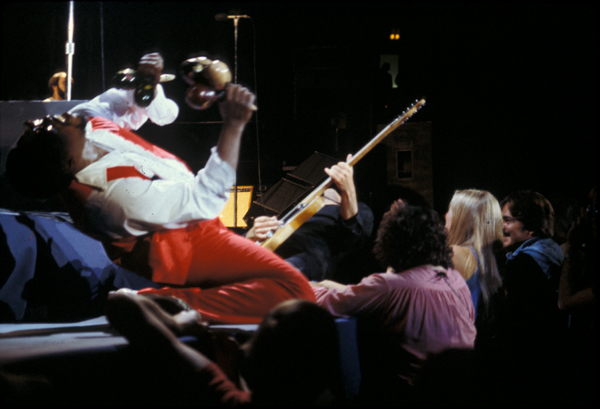 Above left: "Because The Night" - in Providence. Above right: during "She's The One". Photos courtesy of Peter Howes/AsburyBrucePhotos. 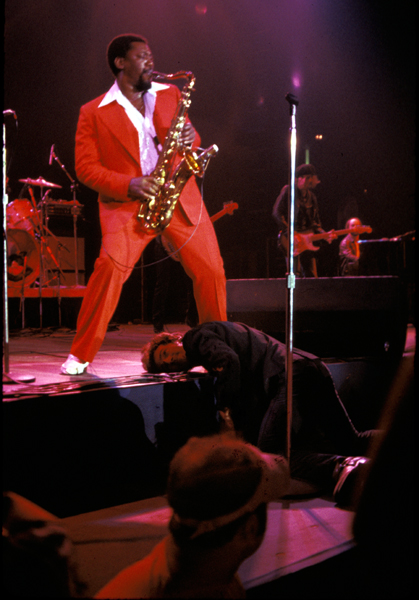 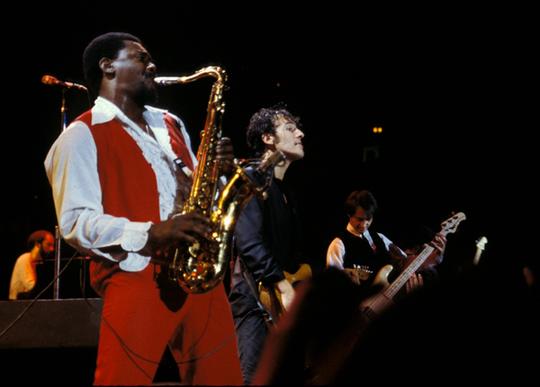 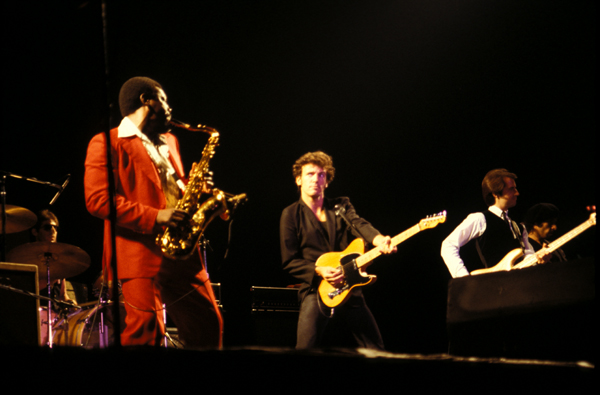 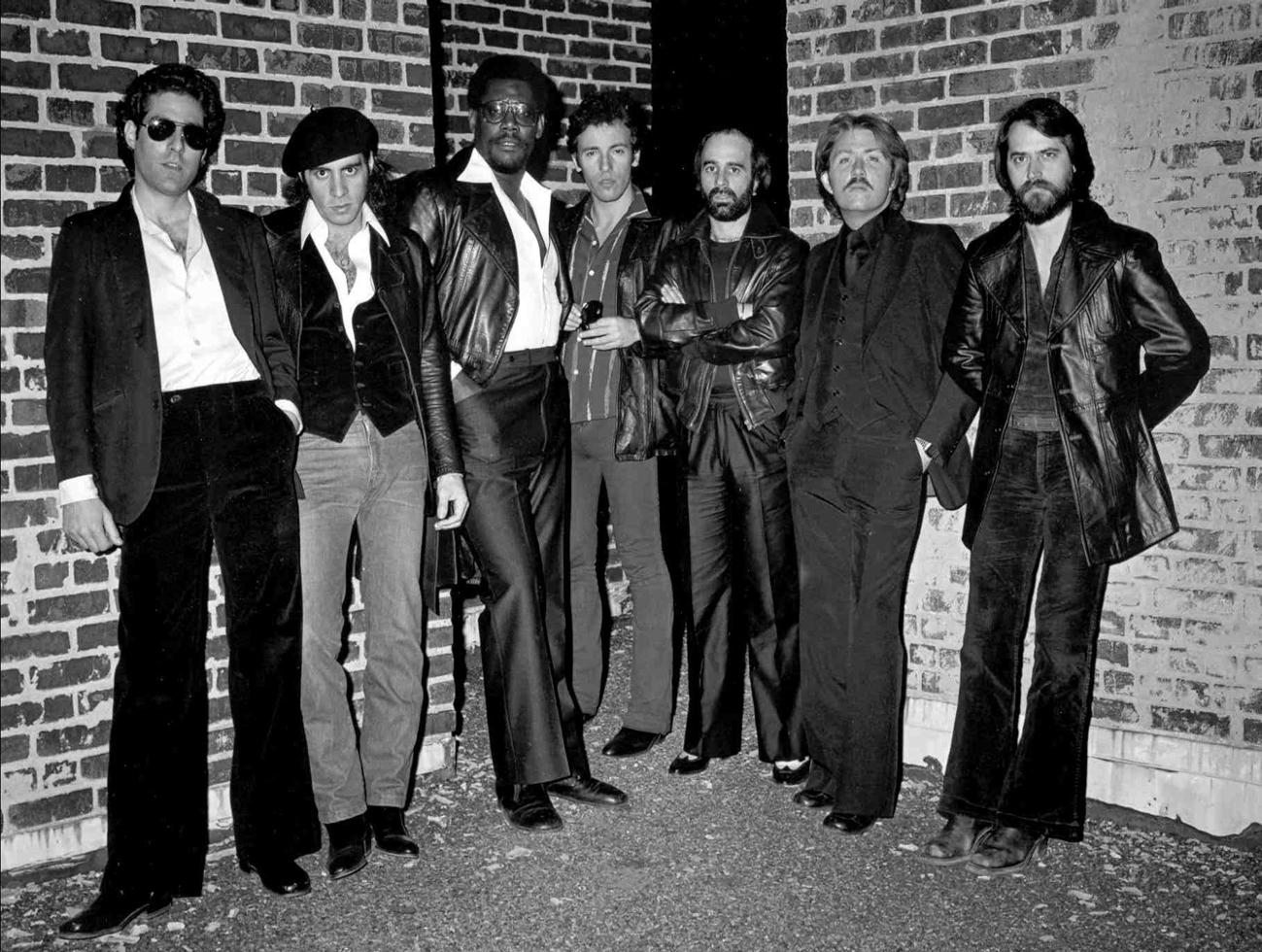 Bruce Springsteen - Darkness on the Edge of Town [1978] - Full Album 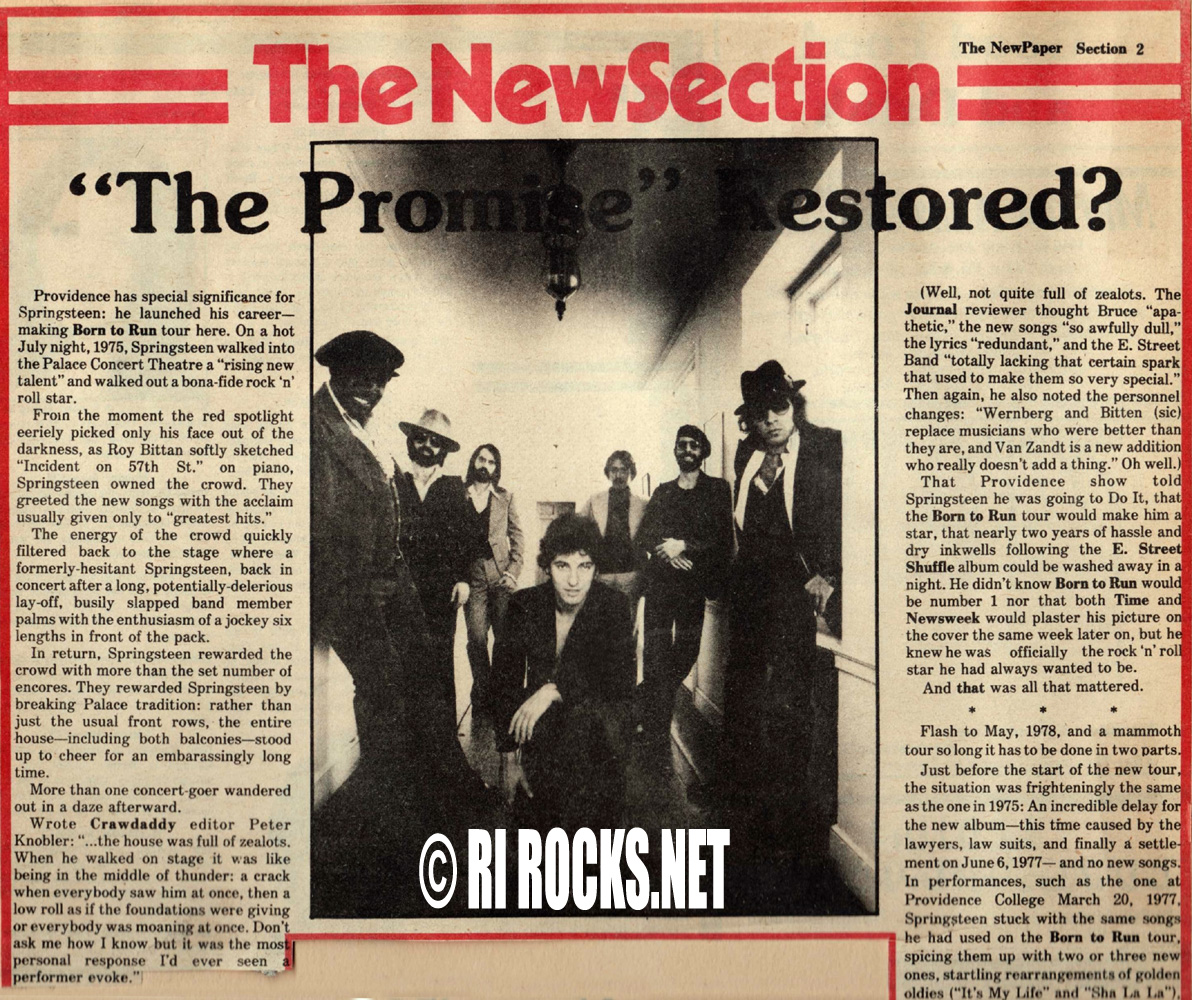 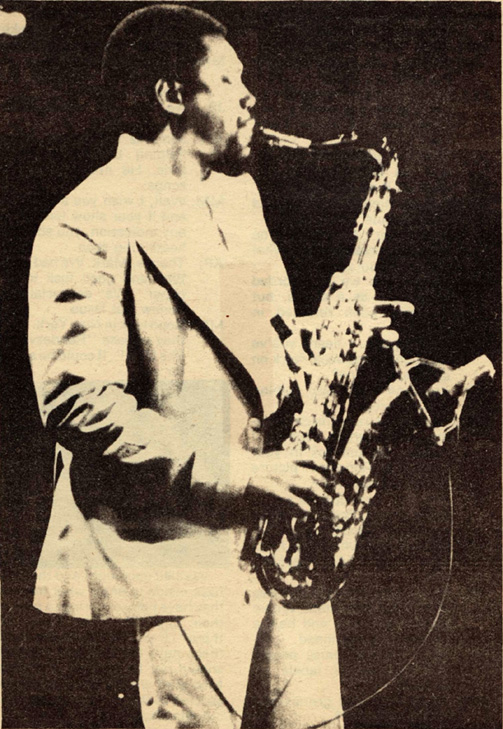 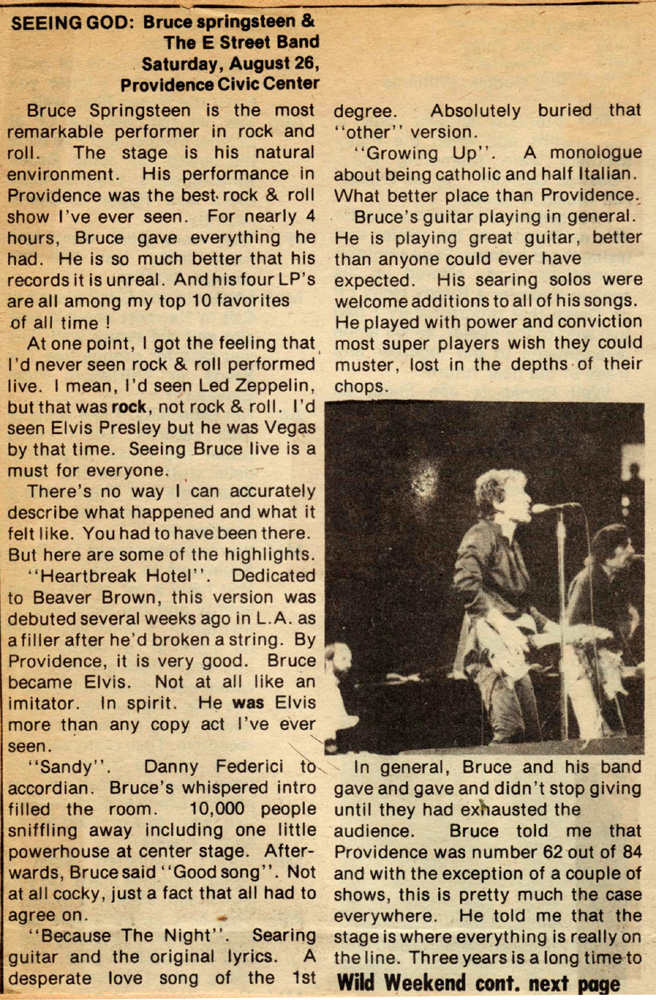 08.26.78 Providence, RI, intro to ‘Factory’
‘‘I grew up in this small town.....it was about 10,000 people.....the first thing I remember there was this part of town....was on the southern....side of town, they called it ‘Texas’....in this part of town, there was this rugmill....was about the biggest building I ever seen when I was a kid, took up two or three whole blocks....my grandfather worked there, my father worked there.....I used to practise my first rock and roll band about a block away from that big goddamn building....”

08.26.78 Providence, RI, intro to ´Racing in the Street´
´´This is for all the Rhode Island carboys....back in Asbury Park there´s this....there´s Kingsley Avenue and Ocean Avenue and they form a little oval....and Friday and Saturday night...they go burning up gas, about half the gas in the United States, going around in circles ....(?)...but outside of town there´s this little fireroad, I remember we used to go racing in the street....”

08.26.78 Providence, RI, intro to ´Thunder Road´
´´Last summer me and Steve and these two friends of ours....drove from Salt Lake City down into Reno....Nevada and....you can´t believe what´s going on out there (chuckles)....but we were, uh, driving along on the highway and on the side of the road....there was this house that this indian had built from stuff that he´d scavanged out of the desert....and it was sculpted, it had a big picture of Geronimo out on front....and on the top it said ´Landlord´.... and he had a big white sign and painted in, painted in red letters, it said ´This is the land peace, love, justice and no mercy´....and at the bottom it was pointing down old dirt road that said ´Thunder Road´....”

08.26.78 Providence, RI, intro to ´Sherry Darling´
´´This next song....in the early 60´s....gonna dedicate this to the Beaver Brown guys again, they played last night in a place called Toad´s Place, is that right ? and uh....and uh, it´s back in New Haven and uh....in the early 60´s there was this kind of music called Fraternity Rock and what that was, that was like ´Louie Louie´ by the Kingsmen, ´Farmer John´ by The Premiers and the greatest Fraternity Rock song of all time was a song called ´Double Shot of My Baby´s Love´ by the Swinging Medallions....and about two summers ago I wrote this song....which somehow falls into this category, now the thing about the Fraternity Rock records was on the records, the audience noise, the audience was always twice as loud as the band so what we need right now is a lot of Providence (?) summertime party noises (cheers) ....party noises....”

(....) Well, this went on for years.....till finally my mother and father got together with the local Asbury Park police force and decided that I was more than just a public nuisance....I was without a doubt a big pain in the ass....so they tried to track me down....and they cornered me one night on top of the ferris wheel in Asbury Park....I jumped down out of the cart onto the roof of Palace Amusements down into the middle of Kingsley Avenue....ran up Asbury Avenue towards the Route 35 Circle....had the whole Asbury Park police force on my tail....hit the Route 35 Circle, took 33 down into Freehold....hit out the Freehold Circle, heading straight for the New Jersey Turnpike.....but by now I had the state cops....I think I had the United States army....had the Marines....they had the Air Force, all trying to chase me down....well, finally I got on the Turnpike and I started burning north....they were all just a mile behind me and I was getting tired and they were, and they were catching up when, when all of a sudden....this black Sedan pulled over to the side of the road....I looked through the front window....and on the front seat....there was a saxophone....well, the driver rolled down the window, looked at me and said ´Kid, I don´t know what you did but how did you get your hair like that ?....and I like your style so step inside´, well, I got in, Clarence flipped it to the floor, we were burning up the Turnpike, we were doing, oh, we were, we were hitting, we were hitting the, the wind, wind factor, we, we.....the motor cooled down, the heat cooled down, that´s when I heard that highway sound, rain was blowing under my hood, I knew it was doing the engine good, we were doing 55 !....and all I could hear as I rolled the window down and looked back....was the chief of the Asbury Park police force with his megaphone, hanging out the window, screaming at the top of his lungs....´Stop that son of a bitch with the gold guitar !´....”

08.26.78 Providence, RI, intro to ´Born to Run´
´´I wanna thank everybody for coming down to the show, thank you all very much....and I´d like to thank, thank you’re for the support that you gave the band over the past two or three years when we weren´t around that much, when we were going through the hard times....I want you know it doesn´t go unappreciated, thank you, thank you very much....and this is for the four guys that last night I met ´em outside of some joint that had on these ´Darkness on the Edge of Town´-shirts that they made up themselves, I don´t know, they said they´d be here tonight so this is for you guys if you’re are out there.....”