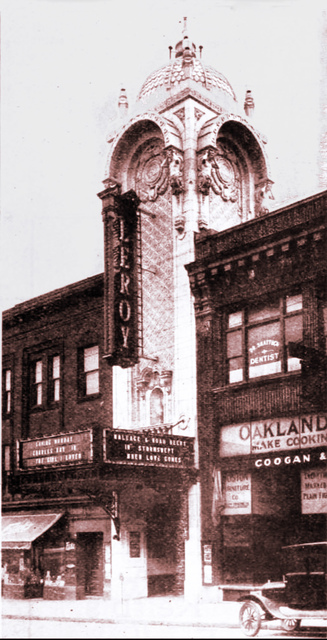 The Leroy Theatre was a historic movie palace at 66 Broad Street in Pawtucket. It was built in 1922, listed on the National Register in 1983, and demolished in 1997.

At the time of the Leroy's construction, Pawtucket was a prosperous mill town. In addition to the Leroy, Pawtucket boasted a half-dozen theatres and two dozen hotels. Of these, the Leroy was considered the "most lavish public building" in town, and referred to as Pawtucket's Million Dollar Theatre. 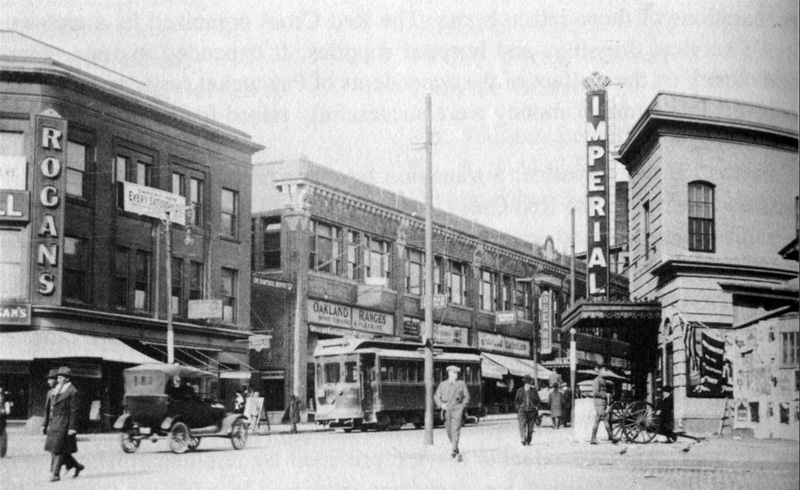 The Leroy was one of the finest and largest theatres of the period in all of New England, built when Pawtucket was at its economic height. It was one of the finest buildings in a city already brimming with distinguished architecture. Designed by local architect John F. O'Malley it was built in 1922 for client Charles Payne, a power company executive. Payne spared no expense on the building, named in honor of Payne's son Leroy, who had been killed in World War I. 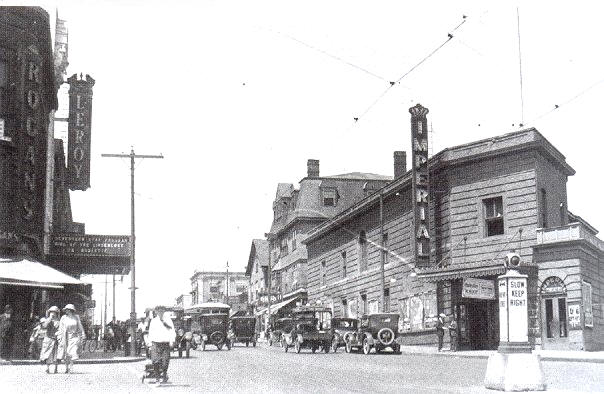 The interior had seats for 2,700 people, and included extensive ornamentation such as mirrors, colored lights, brass rails, and gold leaf. It had a mirrored lobby which featured a large fireplace, a grand staircase, a frieze of golden vases, an electric chandelier with 4,700 bulbs, and the largest Wurlitzer organ in New England. Above the balcony was a dome filled with classical sculpted figures. 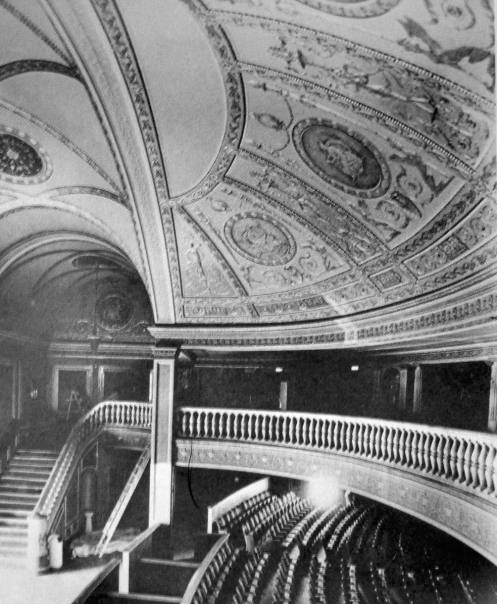 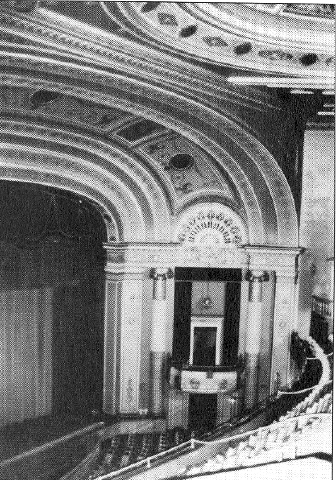 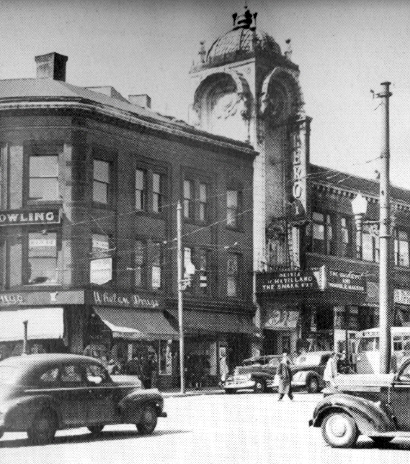 The Leroy hosted vaudeville acts, silent (and then sound) movies, and all manner of theatrical productions and musical performances. However, by the late 1960s, the once-wealthy mill town of Pawtucket had fallen into decline, and suburban moviegoers generally began to prefer multiplexes to the old downtown movie palaces.

Information above borrowed from https://en.wikipedia.org/wiki/Leroy_Theatre

We ask your help to fill in the history of the arena with other concerts, tickets, ads, photos or recording that may exist. Please send us an email to info@rirocks.net 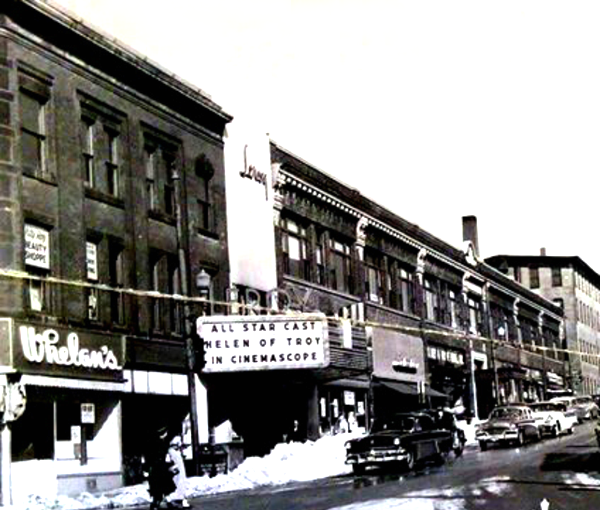 The theatre was closed in 1963 but briefly reopened in 1966 and hosted a few shows including an Otis Redding concert.  With the exception of its soaring terra cotta spire, the Leroy featured almost no exterior ornamentation. Originally, only the narrow entrance and ticket booth were exposed to the street. In 1966, the adjacent Payne Building was demolished as part of the Goff Avenue widening project, leaving the theater's bare side wall and the external truss supporting the balcony exposed. 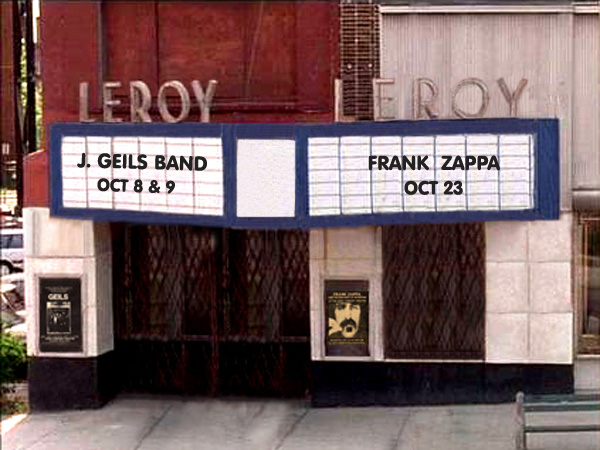 In 1976, Frank J. Russo rented the hall and promoted rock shows until 1979 but again the theater shuttered. It was listed on the National Register of Historic Places in 1983.

A ballet company briefly attempted to use the theatre in 1984. The theatre was operated as a concert hall from 1986 to 1990. In April 1997 the building was sold to a Boston developer and demolished later that year, along with three neighboring buildings, to build a Walgreens drugstore.


After 55 continuous years as a movie and concert showplace, the Leroy was forced to close in 1978 due to fire code violations. Following several fizzled restoration attempts in the early 1980s and a demolition company citing the project as "too difficult", the Blackstone Valley Ballet took over the theater in 1984. This was short-lived, and in 1985, the building was purchased by Albert J. "Albo" Vitali and played host to boxing, wrestling, and rock concerts. Vitali spent nearly a half million dollars renovating the theater, and it was declared fully restored on December 18, 1986, with Gregg Allman and Dickie Betts of the Allman Brothers the featured act.

A 1987 power failure caused by Twisted Sister's amplifying equipment was reported in a trade magazine, and the Leroy could no longer draw big-name rock acts. Even the restoration didn't last; by 1988, Vitali was petitioning the City of Pawtucket for money to fix up the theater. Aid did not come, and following a September 28, 1990 benefit concert by Britt Small and Festival, sponsored by the Rhode Island Vietnam Veterans Motorcycle Club to bring the "Moving Wall" to Rhode Island, the theater unceremoniously closed for good. 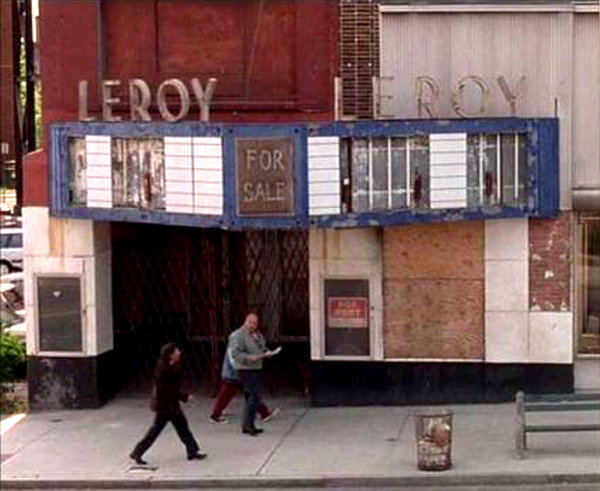 END OF AN ERA

The theater sat dormant until 1996, when the entire block was acquired by a Boston developer for the construction of a Walgreen's drugstore. The City's push for economic development was greater than community efforts to save the theater; demolition began September 9, 1997 and took six months to complete. Salvage rights to the building were sold to New England Architectural Center, and most of the interior ornamentation presently resides in their Warwick, RI warehouse. Seats were donated to the Shea High School auditorium and to the Sandra Feinstein Gamm Theater in downtown Pawtucket.  For pictures of the LeRoy artifacts please click HERE. 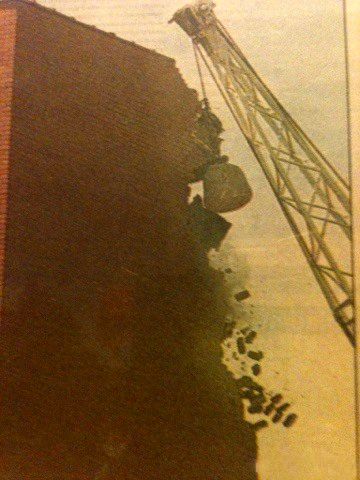 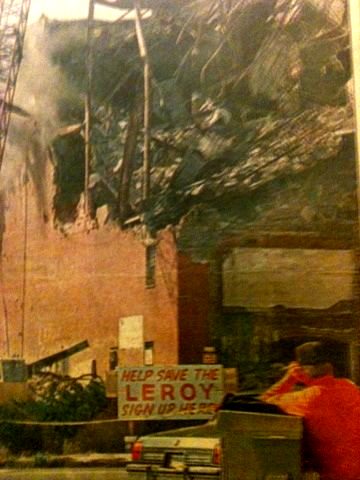 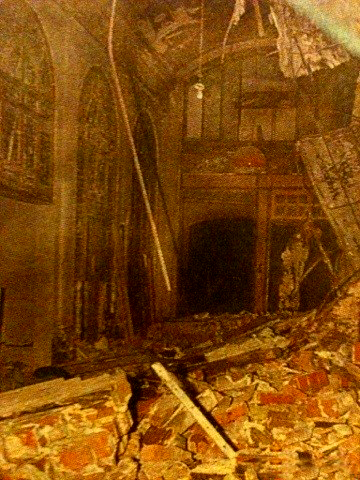